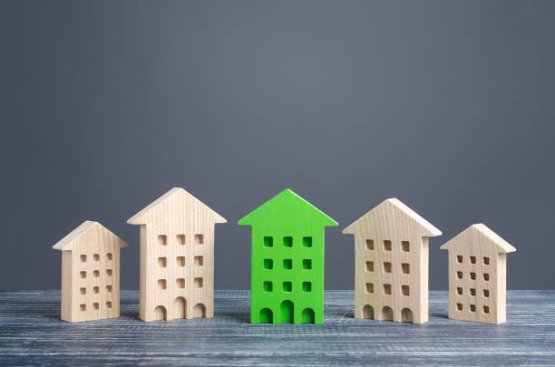 Average house prices in Wales have risen above £240,000 for the first time, the Principality Building Society has said.

Prices grew by an average of 11.5% in the second quarter of 2022, compared with the previous year.

Blaenau Gwent saw the highest price rise of any local authority, where they climbed by 20.6%. 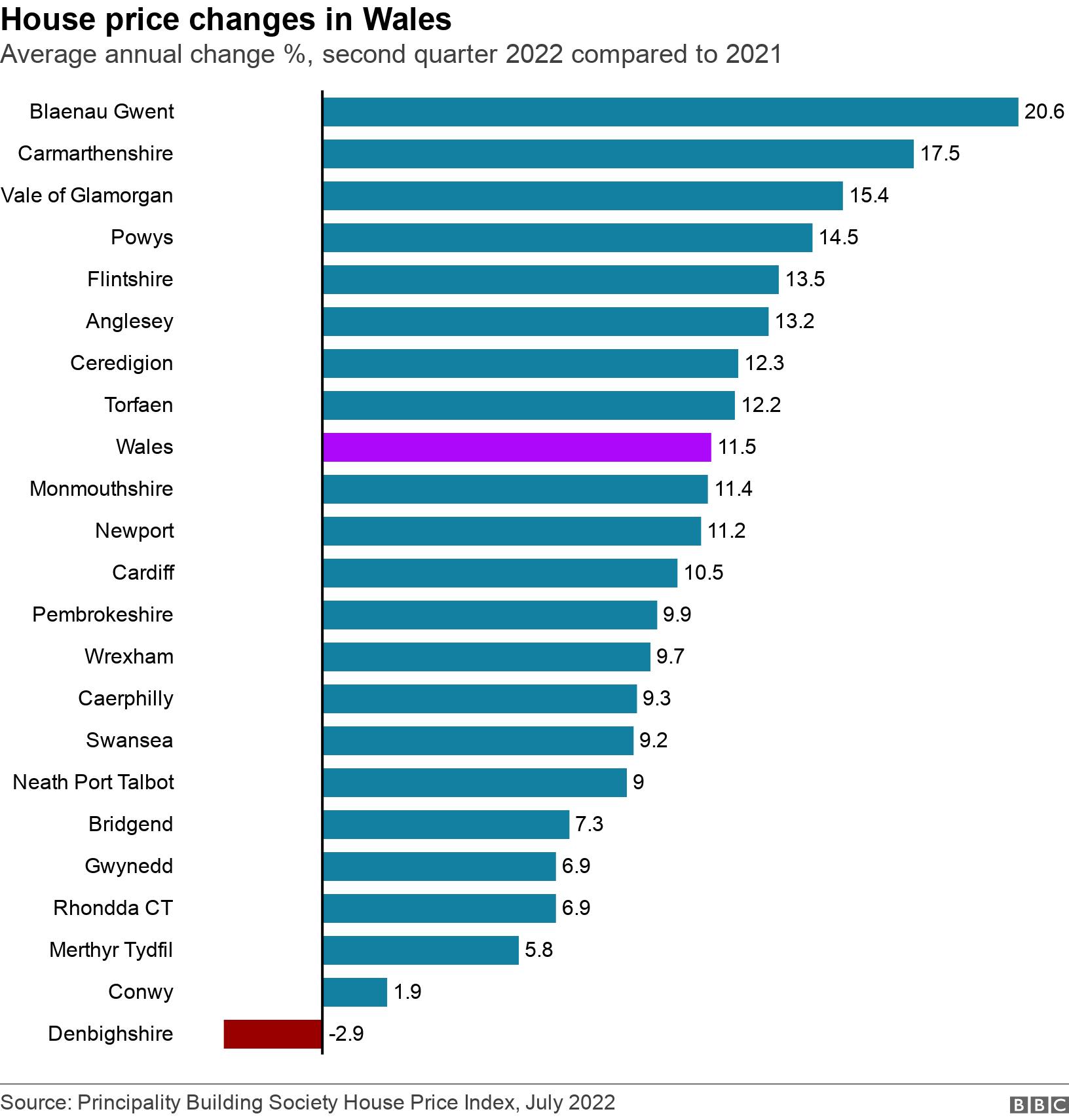 As well as an 11.5% annual increase in prices, there was also a 9% increase in the number of sales.

"Wales continues to see some of the strongest house price increases across the UK," said Shaun Middleton, Principality Building Society's head of distribution.

Wales's highest house prices are in Monmouthshire where an average home sold for £368,621 in the second quarter of this year. Prices in the county were up 11.4% on a year ago, but were down by 0.2% on the previous quarter.

Although prices increased by more than a fifth in Blaenau Gwent, the average house price in the area, £150,284, remains the lowest in Wales.

Only Denbighshire recorded a fall in average prices compared with a year ago, though they increased compared with the previous quarter.

"The market remains quite strong and buoyant in Wales," Mr Middleton said, but he warned it was not necessarily good news for everyone.

"If you are living in a property and you are thinking of downsizing, rising prices are great.

"Having said that, there are first-time buyers who are struggling to get on the housing market. They are seeing the cost of that property they want to buy increase, which means a bigger deposit and a bigger mortgage."

Estate agents in Blaenau Gwent have experienced a surge in demand for houses, which has contributed to the area having Wales's highest annual growth in house prices.

"It's bonkers. I am sure that's not the right term, really, but it is mad. We can't get over it," said Ms Fry Thomas, a director of Bidmead Cook estate agents.

Properties are selling quickly at their offices in Ebbw Vale and Brynmawr.

"We put something up for sale and within a day or two we have got more than one buyer - we have got several buyers waiting to see it and make offers on it. [Buyers] are not hanging about," Ms Fry Thomas said.

Buyers were interested in "all prices, all types of property, all areas," and Ms Fry Thomas said they were coming from outside the area, too.

Improvements to public transport and the redevelopment of Ebbw Vale's former steelworks site meant "it suddenly seems to have all fallen into place like a jigsaw, and people are coming from everywhere," she added.

Mr Middleton said he anticipated "steady" growth in spite of pressure on homeowners from the increasing cost of living.

"At the present time there is no sign that we are facing a reduction in property prices, or a crash, or anything like that. The market has definitely slowed a little bit, it seems a lot more steady," he reflected.