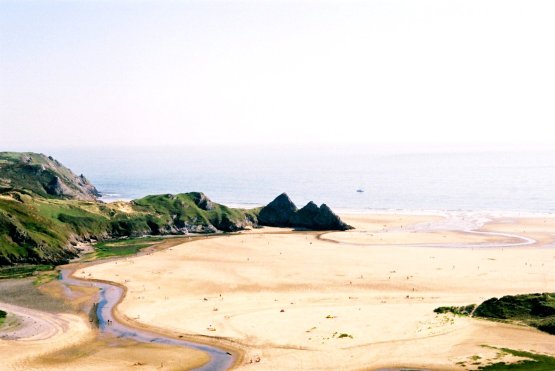 This month sees a new national record for the price of property coming to market, hitting an average of a third of a million pounds (£333,564). That is 1.8% (+£5,767) above the previous all-time high recorded a month ago. While the level of new properties coming up for sale is at a similar level to the long-term average, demand continues to massively exceed supply, especially in northern regions. In previous market upturns London has generally led the way, but the capital’s rate of price increase since pre-lockdown March 2020 is now at a virtual standstill (+0.2%) compared to double digit price growth in areas further north.

Tim Bannister, Rightmove’s Director of Property Data comments: “Last year’s unexpected mini-boom is rolling on into 2021, with new price and market activity records again defying many predictions. Buyer affordability is increasingly stretched, but there’s obviously some elasticity left to stretch a bit more as many buyers are squeezing their way into higher price bands. This high demand, with both willingness and ability to pay more, has pushed the average price of property coming to market to a new all-time high of a third of a million pounds. In another twist, it is the regions of Britain further north that are leading the way, with some degree of catching up between average prices in London and the north. While the gap remains very large, with average prices in London still 2.9 times higher than those in the north, this ratio is now at its smallest since 2013. The pandemic has given a greater focus on the home, and in 2020 we saw a surge in southern coastal and rural areas. So far 2021 is proving to be the year of the northern mover, not only satisfying their pent-up housing needs, but in doing so also narrowing some of the huge price gap with London.”

Prospective buyers are now faced with record prices for newly marketed properties in all regions and countries of Great Britain except London, with three areas seeing average rises of over 10% in the closest available year-on-year comparison. Our year-on-year comparisons compare March 2020 to May 2021, as the property market was suspended for most of April and May last year. Wales is growing the fastest at +13.0%, followed by North West (+11.1%), and Yorkshire & the Humber (+10.5%). The average increase for all regions outside of the South of England is 9.7% (+£19,497). In contrast London lags behind at +0.2% (+£1,547), though it must be stressed that within the capital there are widely varying local markets and market sectors, with some rising in price and others static or falling.

This strong market appears to have enough momentum to shrug off the imminent end of the stamp duty holidays in England and Wales. Buyer demand has soared throughout Great Britain (+52% in April 2021 versus April 2019), with similarly strong levels in London (+48%). But it is the north that is seeing the greater imbalance between demand and supply and this is one of the main factors driving prices to new records in all regions except the capital. This supply shortage is particularly marked for typical family homes with three bedrooms or more, with available stock for sale on agents’ books in April down by an average of 50% on the same period in 2019. In contrast properties with two bedrooms or fewer have availability down by 24%.

Bannister adds: “There appears to be more headroom in buyers’ budgets among those looking to upsize. Family homes with three bedrooms or more are like gold dust in many areas of the country, especially in parts of the north. For example, compared to the same period in 2019 agents in the North East have 59% less available stock for sale in the ”second-stepper” sector made up predominantly of three bedroom homes, while Scotland is 65% down in the “top of the ladder” four bedroom or more sector. In contrast London’s available stock is down 20% and 24% respectively in these sectors, so while supply is still limited it is more closely matched to demand. Another important factor driving the higher demand and quicker average time to sell in the north is that more of their sellers are intending to buy and stay local, whereas many Londoners are looking to move out. Rightmove research among those intending to sell in the next 12 months shows that an average of 84% in the north are looking to move locally, compared to only 52% in London. The pandemic has changed many aspects of what people want from their homes, and the pricing pendulum is swinging away from London towards the north.”

Mark Manning, Managing Director of Yorkshire-based Manning Stainton, said: “Across our region we’re seeing a continued surge in the volume of new buyers entering the market. Of particular note is the vast number of those buyers arriving from other destinations around the country, particularly the south. This surge in buyer activity combined with a relative shortage of new properties coming to market has had the inevitable effect of creating a significant surge in prices with buyers clamouring to get their hands on most listings that hit the market. We can see little sign of this abating and would predict that even with the end of the present stamp duty incentive that prices will continue to rise through the rest of this year and likely beyond.”

Becky Munday, Managing Director at Munday’s Estate Agents in London, says: “It’s no surprise that the north has seen the biggest gains. It is by and large a market which has long-held the biggest opportunity for growth and still represents great value. People are now prepared to go even further in their race for space, with many more no longer chained to traditional commuter barriers or southern cities. In London we’re seeing immediate knock-on effects of a working-from-home culture take hold, coupled with the vanishing act of most international buyers who have part supported and underpinned the capital’s economy. That will take time to recover from, but a slight correction in prices for a city that has previously seen incredibly high values achieved is not all bad. It has created genuine opportunity for domestic buyers to upsize or choose an area or home which suits their needs better, with local families affording the space they need rather than needing to leave the roots they’ve put down in London town. Most buyers we see in London are local, with properties selling within a few weeks and often attracting multiple bids; in the past week we’ve had three ‘best and final’ scenarios. House price growth in London might be slow and steady, but transactions remain buoyant. Buyer demand shows no sign of abating and may well increase once international travel resumes and the overseas market can return. I have never seen a sellers’ market quite like it. The window of opportunity for sellers may be closing soon, however, as a wave of newly vaccinated homeowners – who feel more confident about listing their homes now the virus is under control – is set to join the house moving frenzy and level up the playing field.”