This is 'the best sellers' market we've seen in decades 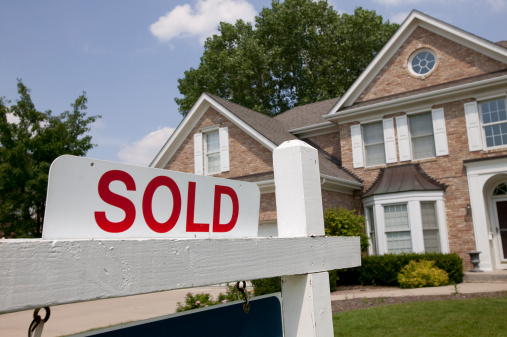 New data released by OnTheMarket (OTM) yesterday revealed that 72% of active buyers in the UK were confident that they would purchase a property within the next three months.

The research also revealed that 78% of sellers in the UK were confident that they would sell their property within the same time period.

More than half – 56% – of properties listed on the property portal were sold subject to contract (SSTC) within 30 days of first being advertised for sale, compared with 43% in October 2020.

Buyers and sellers now focused on January completions, but stock levels still are not there to support continued home mover demand, according to Jason Tebb, chief executive officer of OTM.

He said: “October was yet another month where the velocity of the current market continued to defy gravity. Anyone who had thought that the ending of the Stamp Duty Holiday in September may have ushered in a new wave of calm was mistaken, with many of our agents continuing to report that nothing much had changed. Although the slight upturn in new instructions we saw in September continued in October, bringing with it some fresh stock for motivated movers, there still wasn’t enough stock to satisfy buyer demand.

“However, one positive note for buyers was feedback from many agents across the UK that the trend we’d seen in previous months of fully booked ‘open house’ days followed by multiple bids above asking price within twenty-four hours has now abated. That said, for the most part it seems that it’s still a competitive environment, especially for family homes in the popular school catchment areas.

“With the much-vaunted Budget at the end of the month amounting to quite a ‘blink and you’ll miss it’ affair in terms of housing, the headlines of rising inflation throughout October seemed to be the only cloud coming over the horizon, but certainly not enough of a shadow during the month to perturb those whose plans to move were already in motion. We saw evidence of this in the number of properties that were Sold Subject To Contract (SSTC) within 30 days of first being listed in October, with a very slight increase on the previous month.

“A slight month-on-month decrease in UK average asking prices suggests that buyer affordability is stretched, with further sharp price rises unlikely. We’d suggest that, given lenders’ affordability tests on mortgage applicants, many prospective buyers have now reached the limits of their available borrowing which, in turn, provides a natural brake factor in terms of further sharp house price growth. Of course, those purchasing with a larger deposit or indeed, those who don’t require a mortgage probably won’t have such constraints, so for certain types of buyers those rules clearly don’t apply.

“As I’ve said for the last couple of months now, this is the best sellers’ market we’ve seen in decades and represents the optimum opportunity for prospective vendors to achieve their maximum price. The continued positive sentiment from home movers is further reflected in our lead numbers for October. We delivered a record number of instant valuation enquiries last month, beating our previous best month this June. From that we again saw a record number of agent valuation leads, and overall for total valuation enquiries we achieved another record result, which was our best ever month and 36% up on our previous best month (January 2021).