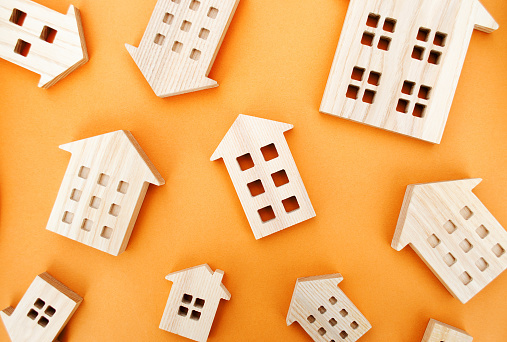 When will the new law apply?

The Renting Homes (Wales) Act 2016 comes into effect on 15 July 2022. All of the regulations made under the Act (e.g. the Fitness for Human Habitation Regulations) will also come into effect on the same date.

What happens to existing tenancies?

Under the new law ‘occupation contracts’ will replace existing tenancies and licences.

What do I need to do to comply with the requirement to provide a written copy of the occupation contract?

How do I convert an existing tenancy agreement or licence into an occupation contract?

The Welsh Government’s website contains information and advice on the Act, including model written statements for the new occupation contracts which can be downloaded and used by landlords. Read the guidance on creating a converted occupation contract.

When do I need to provide written occupation contracts to my existing tenants?

For converted contracts you have up to six months from 15 July 2022 to provide your existing tenants or licensees with a written statement of the contract.

For new occupation contracts which begin on or after 15 July 2022 you will be required to issue the written statement within 14 days of the occupation date under the contract.

Can I just use the relevant Model Written Statement as it is published on the Welsh Government’s website without having to make any changes to it?

For new contracts made on or after 15 July 2022, a landlord could use the appropriate model written statement as published on the Welsh Government website without making any changes to it. However, the model written statements include the relevant fundamental and supplementary terms set out in the legislation which could be included in the occupation contract.

It is also possible for landlords to include their own additional terms (for example a pets clause) as long as these do not conflict with a key matter, a fundamental term, or a supplementary term, and are fair under consumer protection law.

For existing tenancies, landlords should carefully consider all of the terms in tenancy agreements which are already in place and then make the necessary changes to the relevant model written statement to ensure that these terms are carried over into the new occupation contract.Guidance on creating a converted contract can be found Read the guidance on creating a converted occupation contract: guidance for landlords.

Why hasn’t Welsh Government provided model contracts for all of the contract types in the Act?

Will I still be able to regain possession without having to cite a fault on the part of the tenant (currently done using a ‘section 21 notice’)?

You will still be able to issue a ‘no-fault’ notice to end a periodic standard contract – this is called a Landlord’s Notice – under section 173 of the new law. Section 173 enables a landlord to regain possession without having to give a reason for doing so.

The main difference is that under the new law landlords will be required to give the contract-holder six months’ notice, rather than the two months required under section 21 of the Housing Act 1988. Also, a section 173 notice cannot be served during a fixed term standard contract (the equivalent to a fixed term AST) and can only be served during a periodic standard contract after the first six months of occupation. This means that a contract-holder who does not breach the terms of their contract is entitled to occupy for a minimum of one year from the occupation date of a new contract.However, for all tenancies which began before 15 July 2022 landlords will only be required to give two months’ notice under section 173. The six month notice period only applies to occupation contracts which begin on or after 15 July 2022.

Can I issue a six-month fixed term contract instead?

Under the current law using a section 21 notice I can seek possession quickly and without having to go to court if a tenant is not paying rent or is committing antisocial behaviour: will I still be able to do this using a section 173 notice?

No. The new law has been designed to encourage landlords to use appropriate grounds for seeking possession when a tenant (or ‘contract-holder’ as they are known under the new law) breaches the terms of their contract, rather than relying on a ‘no-fault’ notice. This will make for a fairer system which allows the contract-holder to challenge a possession claim if they feel it is being made unfairly.

How can I evict a tenant who is not paying rent?

If a contract-holder stops paying rent, the landlord is able to serve a possession notice on the basis that they have breached their contract (which has a one-month notice period). Or, if they are in serious rent arrears (two months or more non-payment) a landlord may serve a notice on that ground, which has a 14 day notice period.

How can I evict a tenant who is committing antisocial behaviour?

Under the new law all occupation contracts must include the anti-social behaviour term included in the model written statements. Anti-social behaviour and other prohibited conduct can include excessive noise, verbal abuse and physical assault. It also includes domestic abuse (including physical, emotional and sexual, psychological, emotional or financial abuse).If the contract-holder breaches this term of the contract, the landlord is able to serve a possession notice and commence court proceedings on the same day. The contract-holder can also be held responsible for the behaviour of anyone else who lives in or visits the dwelling.

How much notice does a tenant have to give me if they want to end the contract?

The notice period a tenant (or ‘contract-holder’ as they are known under the new law) is required to give to end a contract remains at one month. However the contract-holder cannot end a fixed term standard contract, unless a contract-holder's break clause has been included.

Will I still be able to increase the rent every year (if I need too)?

Yes. A landlord is required to give two months’ notice of a rent variation, which may be issued annually.

Does the new law say anything about sub-letting?

If I have an existing fixed term tenancy which has an end-date after 15 July 2022 will that end-date still apply after the new law comes into effect?

Yes. A fixed term assured shorthold tenancy will automatically convert into a fixed term standard contract on 15 July 2022, with the fixed term coming to an end on the same date as set out in the existing tenancy agreement.

What about joint tenants: will anything change under the new law?

I am a private landlord letting to students. I currently use 9 month assured shorthold tenancies, will I still be able to issue a 9 month contract?

Under the new law a fixed term standard contract can be agreed for any length of time. However, should a contract-holder remain in occupation at the end of fixed term, a periodic standard will arise and the landlord could seek possession by issuing a notice under section 173 of the Act (unless there are other grounds on which possession may be sought: breach of contract, rent arrears, etc.).

What if the property is mortgaged and for whatever reason the mortgage lender wishes to gain vacant possession?

If the mortgage lender repossess the property and becomes the landlord they would then be able to issue a six month notice under a Landlord’s Notice for a periodic standard contract.

What are the Fitness for Human Habitation Requirements?

The aim of the Fitness Regulations is one of prevention, to help ensure landlords maintain dwellings to prevent them from becoming unfit for human habitation.

The new law places an obligation on the landlord to ensure the dwelling is fit for human habitation. Regulations set out further information on the fitness for human habitation requirement. A contract-holder will not be liable to pay rent for any period during which the property is deemed to be unfit, and a landlord will not be able to issue a Landlord’s Notice, or break clause if they are not in compliance with the Fitness requirements.

If a contract-holder believes that a property is unfit but the landlord does not agree it would ultimately be for the court to decide whether a property is unfit based on the standards set out in the Regulations. A court claim would be made the same way as a disrepair claim currently.However, if a contract-holder withheld rent on the basis the property was unfit, this would potentially create a ground for possession, this being either breach of contract or the serious rent arrears ground.

Has the law changed in relation to smoke and carbon monoxide alarms?

Yes. The new requirements are set out in the Renting Homes (Fitness for Human Habitation) (Wales) Regulations 2022. Regulation 5 says that:

(1) The landlord must ensure that, during each period of occupation, on each storey of the dwelling there is a smoke alarm which is—

(a) in repair and proper working order,

(b) connected to the dwelling’s electrical supply, and

(c) linked to every other smoke alarm in the dwelling which is connected to the electrical supply.

Therefore, whilst it is not a requirement that every smoke alarm at a property is connected to the dwelling’s electrical supply, at least one smoke alarm on each storey of the dwelling must be.

Are there any changes in relation to gas and electrical safety or Energy Performance Certificates?

Yes. As set out in the Fitness for Human Habitation Guidance, landlords will be required to ensure that a valid Gas Safety Certificate, Electrical Inspection Condition Report, and Energy Performance Certificate are provided to the contract-holder.

Under the new law, a contract-holder is entitled to withhold rent for any period when the property is unfit, which includes failing to meet these requirements. A landlord will not be able to serve a Landlord’s Notice until such time as they are in compliance with these requirements.

These requirements will apply to all new contracts which begin on or after 15 July 2022. For landlords with existing tenancies which will convert to occupation contracts on 15 July 2022, the landlord has a period of 12 months from that date to undertake the EICR to avoid the dwelling becoming unfit for human habitation.Equivalent requirements are in force in England under the Electrical Safety Standards in the Private Rented Sector (England) Regulations 2020.

Is any financial support available for bringing a property up to the required standards?

Where the cost of bringing a home in the private rented sector up to the required standard is significant, it may be that assistance is available in the form of home improvement loans or similar. You should contact your local authority for advice on eligibility in relation to this.

Is there any training available for landlords on the new law?

Rent Smart Wales is currently developing training, which will be available on its website free of charge in April.